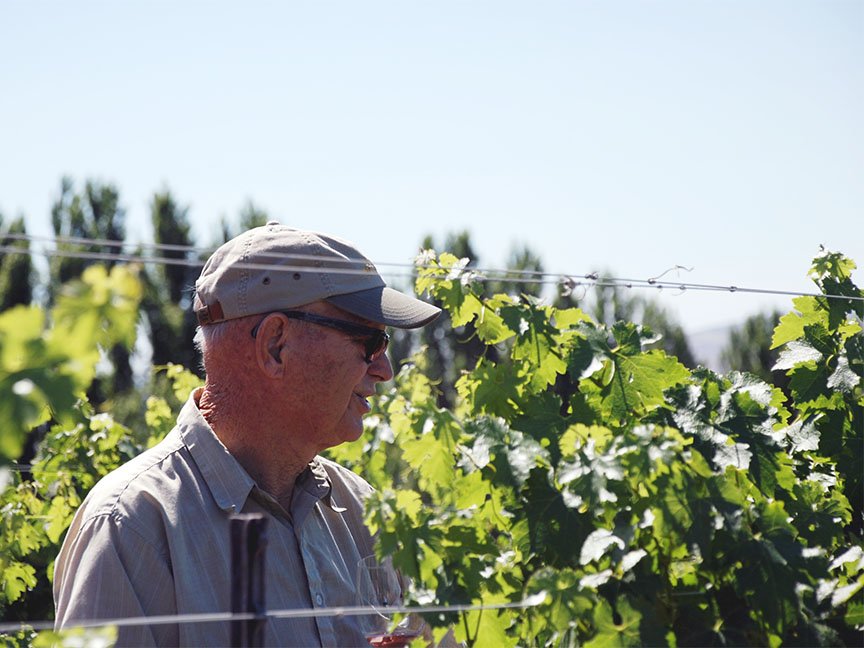 Having grown up in Oklahoma, dry farming peanuts, cotton, and wheat, Bill Powers was drawn to Washington State in 1957 by the Columbia Basin’s ample irrigation, rich soil, and excellent farming climate. Today, Bill has worked the land of Eastern Washington for over 50 years; his attachment runs deep and his commitment to sustaining the land is proven, active and purposeful.

Ever vigilant in looking for ways to improve the vineyard and its fruit, Bill began to question what seemed an over-exposure to chemicals in farming. Concerned about the potential long term environmental and health effects, Bill decided in 1988 to transition Badger Mountain Vineyard to organic viticulture. At the time there were only a few organic vineyards in California, but no one was farming grapes organically in Washington.

In 1989 Bill and Greg built the family winery and in 1990, Badger Mountain Vineyard became the first Certified Organic winegrape vineyard in Washington State and produced the first Badger Mountain Vineyard vintage. Bill is proud to be the founder of Washington’s oldest and largest organic winegrape producer. “After many years of working with conventional chemicals,” he says, “I simply found a better way."

Highly respected for his progressive techniques and farming expertise, Bill was twice been honored by his colleagues at the Washington Association of Wine Grape Growers (WAWGG). Bill was named 1996 Washington Wine Grape Grower of the Year for his excellent recovery of the vineyard after a devastating freeze. And In 2007, Bill received a Lifetime Achievement Award. At that time, the honor had only been bestowed three times since the organization began in 1983. In 2010 he was honored by the Walter Clore Center as a "Legend of Washington Wine" and was inducted into the Hall of Fame. The Washington wine industry lost a pioneer when Bill passed away in September 2014, but his legacy will continue to live on with his son, grandchildren, and extended Winery “family”. 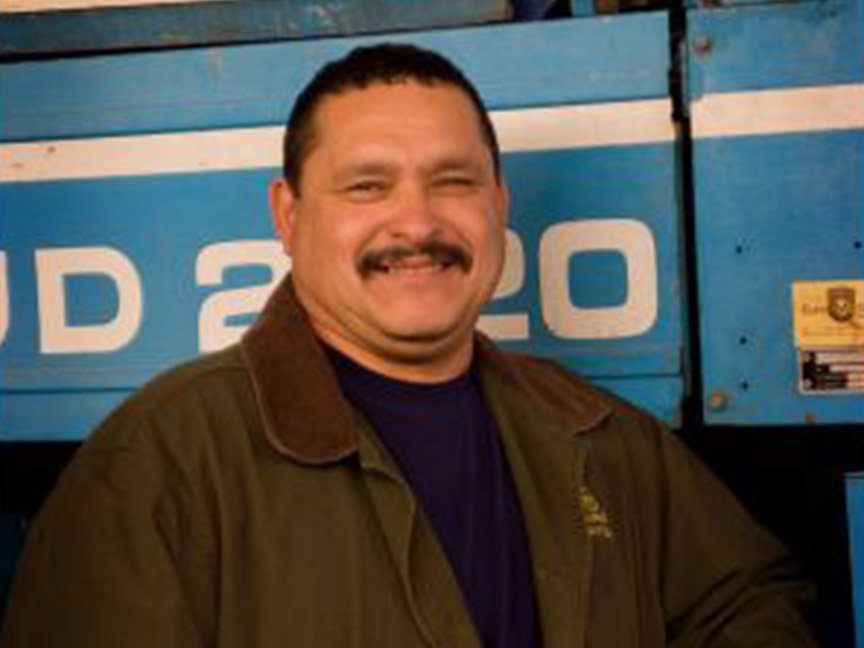 On a visit from California to Kennewick, Washington to meet his new relatives in 1993, newlywed Eudoro Lucatero offered to join his sister-in-law who was called in to work on the bottling line at Badger Mountain Vineyard winery. Offering to work for about a week, the week turned into 16 years and a career in viticulture. After a month on the bottling line Eudoro was transferred to the vineyard to drive tractor, then at harvest he was put in charge of the harvester. Following his first harvest, Euduoro was offered the job of Vineyard Manger.

Eudoro lives in Kennewick with his wife and 3 children. In his spare time he enjoys working on cars, volunteering with his wife at their church, and being involved in his kid’s school activities.

Tim DeCook joined Badger Mountain Vineyard as a partner in 1983. With a background in engineering and anesthesiology, Tim jokes he had great experience with “pipes and valves” and that joining a winery seemed a natural transition, given the use of “pipes and valves” in winemaking and his deep seeded passion for wine. Over the past 24 years, Tim has helped the vineyard evolve from selling its grape production, to pioneering organic viticulture, to making world class organic wines.

Enjoying retirement, Tim and his wife Carolyn live happily aboard their boat dividing their time between the San Juan Islands and Mexico, and coming to the winery to visit and for special events.